The process of getting the perfect layout done it was longer than I expected , once we signed the contract in October I thought it will take 2 months to get things started. But than came the drawings from A&S and we wanted to have something more designed to fit our personal needs, so my husband worked on doing the floor plans and than we give to them.

The sales department from A&S ( we used The Jason Cianflone Real Estate Team, if you need their names, contact me at my email : [email protected] ) negotiated with the builder and contacted the architect every time that one change was made in our floor plans/ layout.

Sometimes the changes we did and sent to them were not updated and came back exactly the way it was before what it was a bit frustrating because we knew than 3 more weeks were wasted .

In the end all that delay was a good thing,  because some patients and other people I spoke who built homes told me that is better that the foundations of the houses to be built after all snow melted. It will give more stability to the foundation. I’m not professional but it makes sense to me.

From the contract signed in October to the last change of order we signed that was around March 16, it took a bit over a month to start the process to build our foundation.

We took photos of our land and it was just an open land with some snow that started to melt.

In the beginning of May once I was trying to know if our construction was scheduled to start any time soon, after many calls I got the message from the builder’s officer…” -oh, yes, Dr. Kerr, they put all the piles on 22 April and now they’re getting ready to get the basement done.” ‘

It was a big surprise for us, we got the car the same day and we drove there after work and we took photos . Getting in our spot I added a little prayer inside a plastic bag with a special Hebrew blessing of the house and other words than I dig a whole myself and I put the small blessing under the ” supposed house entrance “.

I don’t know if Jewish people do that other than to affix the Mezuzah in our doors, but I wanted to be extra careful and have a special prayer with personal words as well, extra protection from the ground up, who knows? it might work! 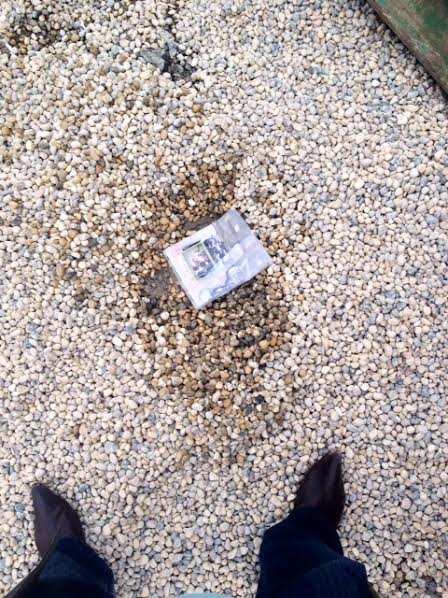