Today is my husband Birthday so I wanted to bake something very Brazilian and traditional for his Party once our best Bolivian Friends are coming for the party and I know they are very familiar with corn type dessert as we are.

So I research few recipes of Traditional Fresh ( not cooked ) corn cake and they all used milk and they looked a bit heavy once they ignored a good mixer and only used blender for everything. The final result using blender is not good, I tried couple of times than I give up. When you bake a Cake you need to separate the eggs, to beat the egg whites on low speed until soft peaks form, please do not mix everything without using this step , that is what is going to make your cake fluffy and soft like a cloud. If you see a blender cake recipe on internet my opinion is : -Ignore it.

here are the ingredients of my adaptation of 6 recipes I saw in the internet from different websites: 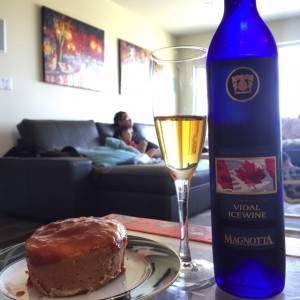 2 cups of the sieved flour ( all purpose Flour)

1 tea spoon of the lemon zest 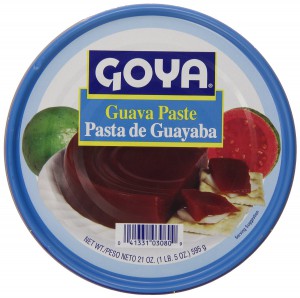 Get the dried coconut that was being hydrated on the Coconut milk and strain the liquid. ( reserve it for the Corn mixture)

Put the threshed corn from the 4 cobs in the blender with the same can of Coconut Milk you reserved.

After a process of sifting on this mixture, separate the coconut milk in one container and the corn in another. Now mix the corn with the dried coconut in the same bowl and reserve for later. 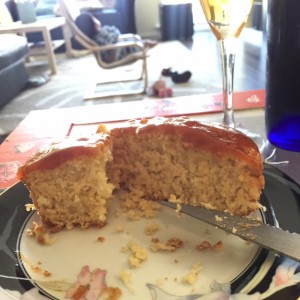 Get the 4 Free run eggs and leave in Room temperature ( very important) before you separate them. Once it is ready, beat the egg whites on the low speed until soft peaks form. Add the sugar gradually with the mixer running and peak to stiff peak. Add the egg yolks 1 at a time, beating well after the addition of each.
Sift together the flour and baking powder  alternating with the egg mixture, the sunflower seed oil , coconut milk remained ( use only 1 CUP) and the corn/dried coconut mixture . Do this quickly so the batter does not lose volume. Add the vanilla.
Bake for 45 min or more  until golden and when you see the tooth pick is dry.
Topping:
when the cake cool down in room temperature, just before you serve it, do the Guava topping.
get the 1/5 of the circle can and cut in small pieces and in a pan add one cup of water. 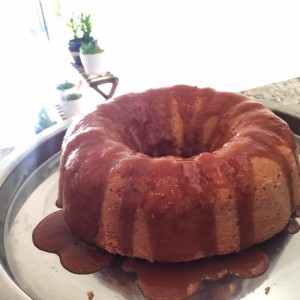 Wait the boiling always mixing well until the mixture get more consistent and not so watery , in the end add lemon zest and 1/2 tea spoon of squeezed lemon .
Than you put on top of your cake. 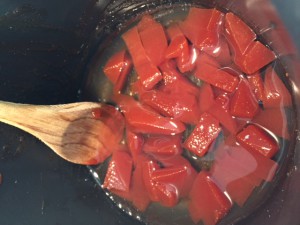 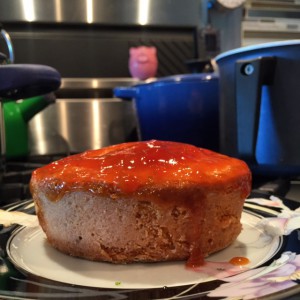 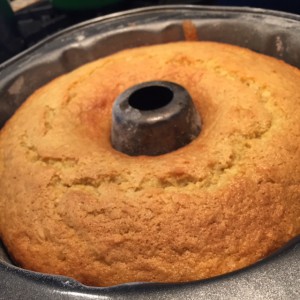