When I have to treat infertile women most of them get my recipe of Black-Bone Silky Fowl to help improve their fertility levels and to make immune system stronger specially when they are dealing with procedures before IVF like laparoscopic, Endometrioma removals or healing from miscarriage or simply to feel more energetic. This broth is consumed as a healthy food and used particularly as a kind of traditional Chinese medicine. But when you show them the picture of the chicken in the pan they believe is a hallowen horror dish. My advice is ” be brave” deal with this as you deal with any piece of chicken from the store but will have black skin, feet and head. And you will have a Plus, taste even better ! You can do it and it s worthy. Most of these chickens are organic and free run because they are used for healing purpose, so they don’t add antibiotics so don’t be afraid to buy it! You can visit farms in Taiwan like I did where you can interact with them and they are quite good pets too. I had chance to eat this delicacy in a restaurant in Taipei where most of the others Doctors who were there for their TCM training like me did not wanted to try because looked ugly. Too bad, they lost their chance to taste an amazing traditional Taiwanese dish and it was expensive, so I ate more than one plate! The chicken will be frozen so you have to leave in the fridge for 24 hours before you prepare it. But It is very easy to make it you just need to find where they sell it. Most of Chinese Markets will have it but for my surprise this time I found at Superstore on Grant Avenue, Winnipeg. My kids choose it. I was dealing with Pneumonia and my lungs were hurting even after taking antibiotics to the end. Two nights on this recipe the pain ended. 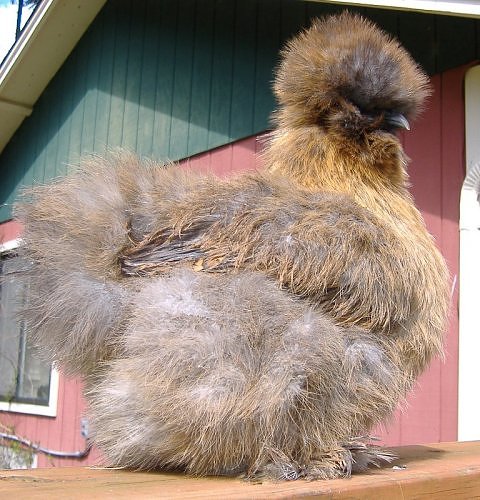 I was trying to search more info and history about Silkie chickens and I got this from an Australian website called :

silkies  :Emperor Qian Long of the Qing Dynasty named the Taihe chicken as ‘Wushan Chicken’. This came about in the early years of the Qing Dynasty.  Tu Wenxuan from Wushan, Taihe sent silkie fowl to the Emperor Qian Long.  The Emperor ate the chicken and was impressed with its flavour.  Tu Wenxuan was appointed as an official and the chicken was renamed as “Wushan Chicken”. From In the late Qing Dynasty, there was a disaster that killed almost all people and silkies Wushan. In the 1930’s, two scientists in Jiangxi province collected 10 Taihe Silkie, with 2 cocks and 8 hens from the peasants, in order to save the silkie fowl which was on the brink of extinction. Until 1938, silkie fowls that remained in Taihe only numbered in the hundreds. In 1944, the Japanese attacked and occupied Nanchang, then bombed Taihe. The original Taihe silkie fowls were almost totally wiped out. In order to protect the original Taihe silkie fowl, scientists there disguised as peasants, at the risk of life, to raise the silkie fowl until the end of the war. In 1959, the Jiangxi Taihe Wushan Original Chinese Farm was established.

” The silkie chicken (Wu gu ji / 烏骨雞) is naturally black skinned and black boned.  It is naturally high in antioxidants called anthocyanins, particularly carnosine.  The colour black is often thought to be associated with the kidney meridian and black hued foods are thought to benefit it.  Silkie chicken affects the Kidney, Liver, and Spleen meridians.  It also tonifies Yin and Blood.  For this reason it is often used for seniors, fatigued women ” ( Kit Garcia, acupuncturist)
important NOTE:
This is my recipe where I prepared in a 7 liters pressure cooker that takes 40 minutes to be ready ( because my kids were hungry) but I will give the recipe for regular Pan , once most of people in Canada are not very familiar to use pressure cookers and you need wait 2 hours to be ready.
Ingredients :
3 small yellow tomatoes , 3 small red tomatoes chopped
3 gloves of garlic chopped
1 big yellow onion sliced small
4 red potatoes washed, skin off and chopped
3 parsnips with skin off
2 celery chopped
4 big carrots with skin off chopped small cubes
7 inches ginger root without skin chopped
1 tea spoon dried basil
1 tea spoon dried oregano
3 table spoon kosher salt
1 tea spoon of grounded pepper
1 tea spoon of Greek seasoning
1/2 cup of chopped parsley
5 liters of boiling water
4 cups of dried small pasta shells
1/4 cup of extra virgin olive oil
1 unfrozen Silkie chicken washed and with insides removed ( sometimes they do not keep insides in the bag)
ADDITIONAL FOR fertility :
how to prepare it:
Get a big pan like  7 liters. Stir fry the garlic and onions until translucent. Add chopped ginger, tomatoes and the whole chicken after you washed well , do not cut do not remove ANY part of this chicken other than a bag that sometimes come on his insides. Sometimes they put the liver and heart over there, I don’t like to use it.  Stir fry 1 more minute than add tomatoes , one more minute mixing well than add all the others ingredients But not the pasta and the parsley. If you decide to use the barley you can add here. Add the goji berries and red dates too if you had time to go to a Chinese Market, the healing power of this broth would be even higher.
Wait to boil than put in low heat for 1 hour and 45 minutes more.  Better you cover to cook, maybe not completely covered.
By the last 10 minutes to finish get another pot with 3 liters of water and boil it add salt and one table spoon of oil. Add 4 cups of pasta shells.  I like cooked al dente you can cook few minutes longer if you wish. Drain it. Separate. Add the parsley and mix with just a bit of oil so the pasta don’t glue to each other.
Now remove the chicken from the pan. wait to cool down a bit. I use some disposable gloves and I removed all meat from the chicken and put back on the soup. This chicken does not have much meat, maybe you will get a small bowl.  Add the pasta + parsley in the soup and serve hot. It is a Golden liquid that can heal you from a bad cold , pneumonia, if you get drunk, if you had babies or had a surgery or you just want to improve your immune system when everyone around you is sick. I had that after my 2 c- sections every day for 2 weeks.
here are some photos to understand step by step 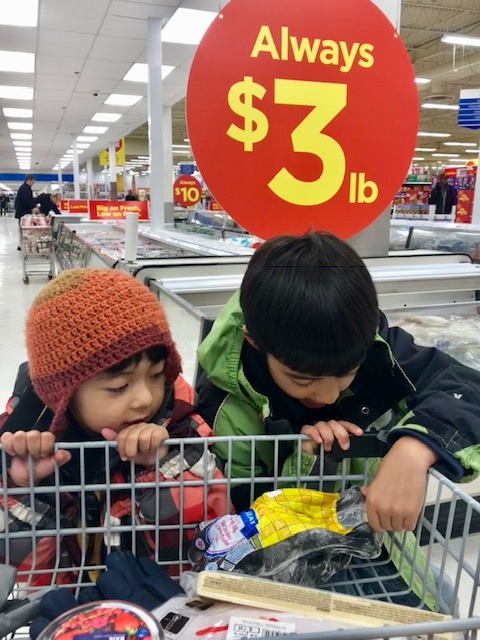 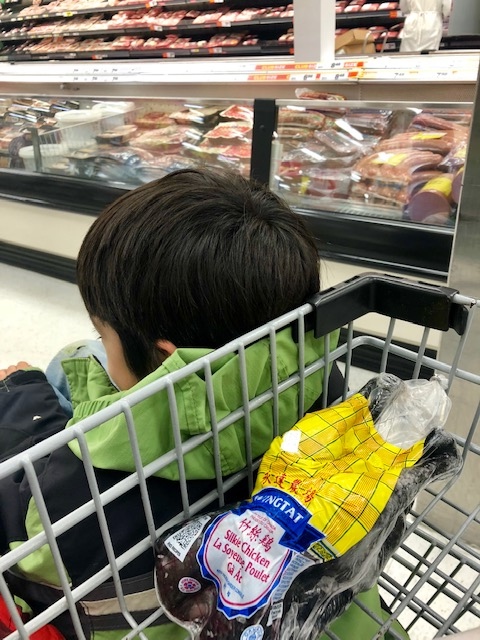 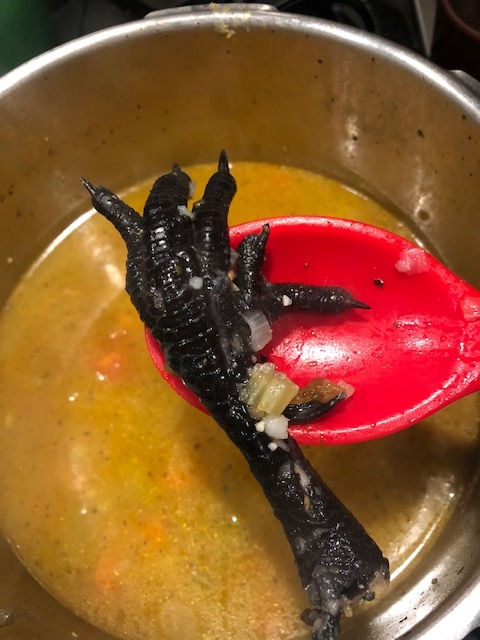 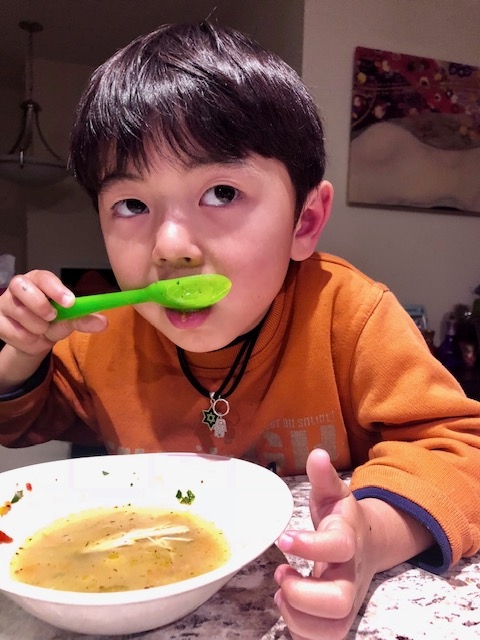 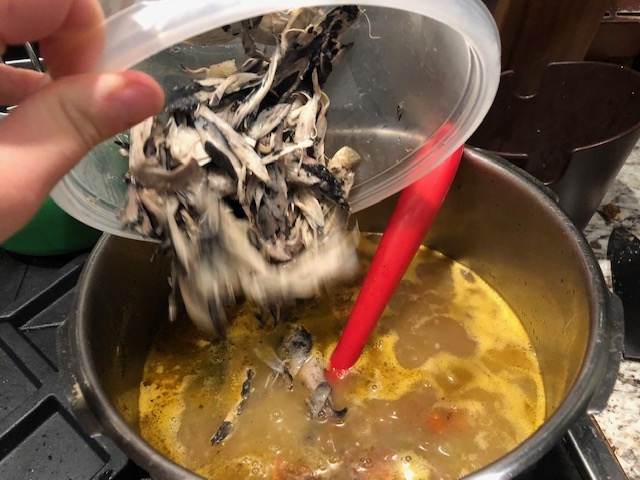 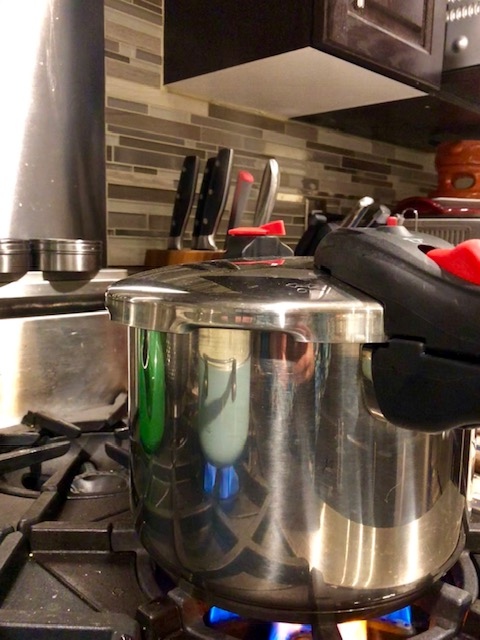 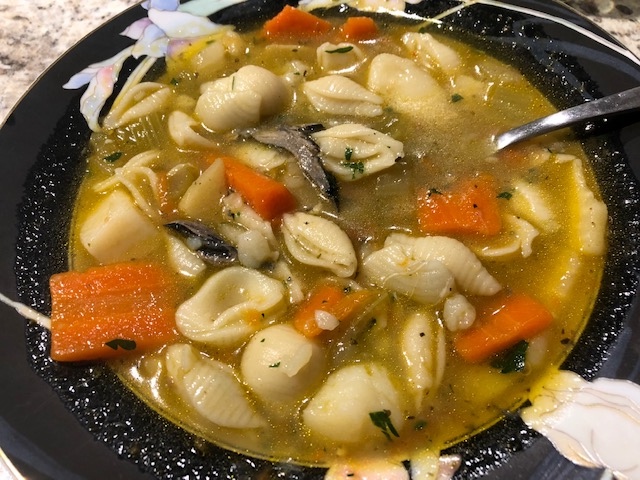 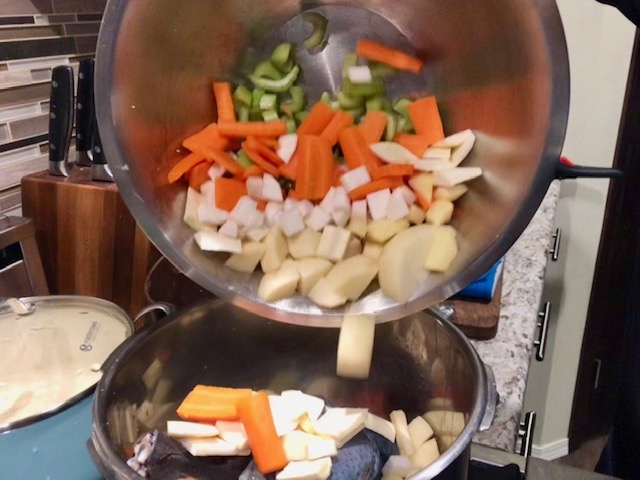 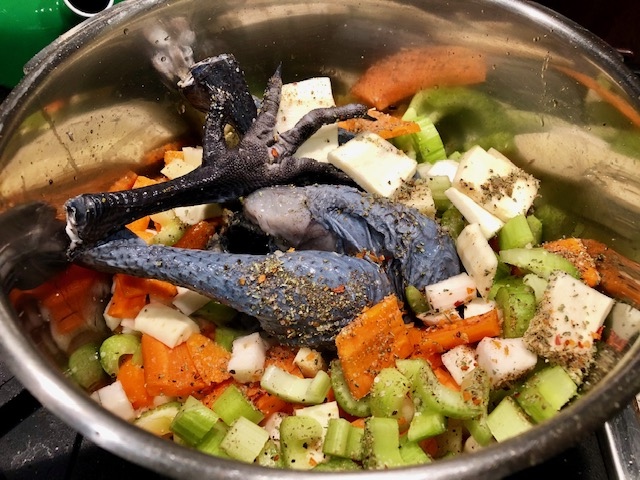 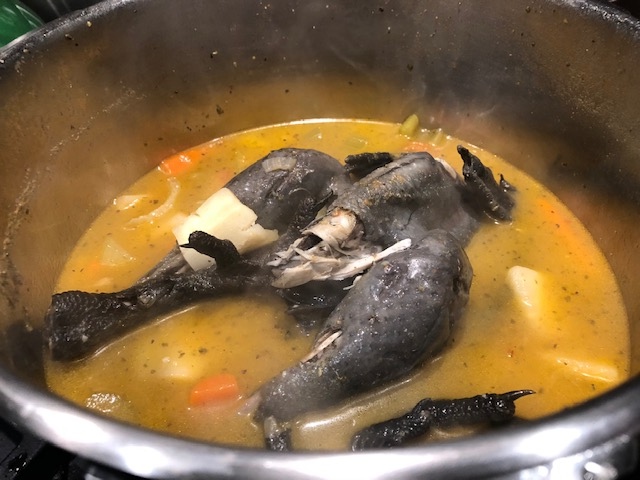 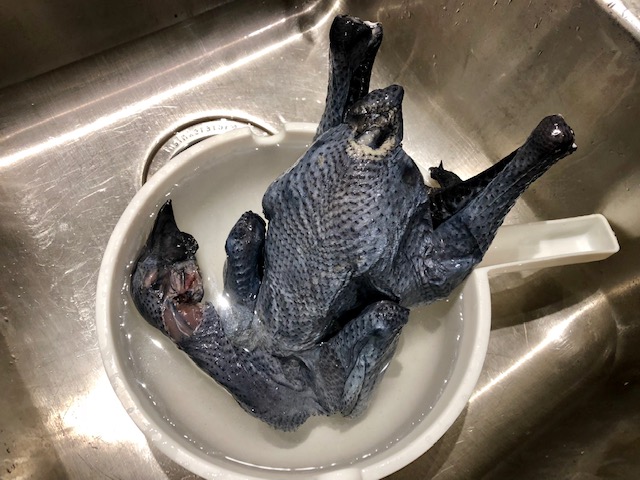 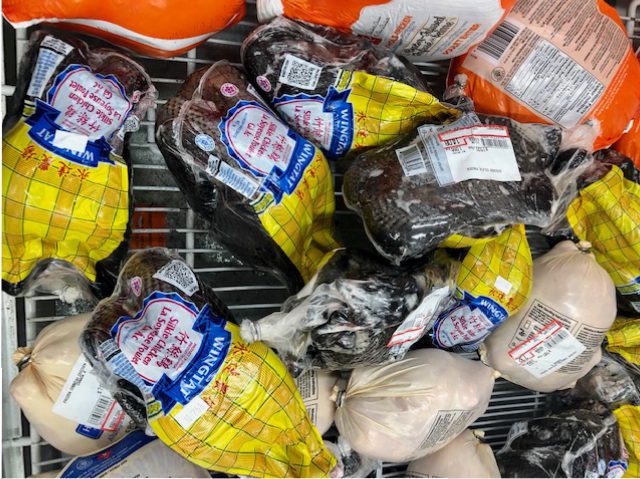